Recently finished her training as a nurse, eighteen-year-old Alice Galipova is looking forward to working with her friend and mentor Doctor Bill in northern BC when her father tells her she’s going to Russia. He owes his life to Countess Federov, who has requested Alice’s help in the new hospital she’s establishing. On threats of being disowned, Alice reluctantly heads to Russia, arriving in early 1914 to be reunited with her brother Tusya and her ailing grandfather just before World War I breaks out.

Natalya Tcychowski is a spunky eleven-year-old whose biggest problem is keeping her brother’s pig from running away—until a clash with the local bailiff over that pig sends Oleksi running away. He finds refuge with Countess Federov, who owes Natalya’s father a favour. However, the Tcychowski’s Russian connections get them in trouble as World War I breaks out and Natalya watches as her family is torn apart.

In The Federov Legacy, Rosella Leslie brings alive the Eastern Europe of 1914-1917, as seen through the eyes of these two young ladies. Raised in Canada, Alice views the chaos of World War I and the Russian Revolution with horror and confusion while she attempts to stay in contact with those she loves. Natalya has her mother’s practical nature, yet a child’s innocence, and brings her own unique perspective to the events swirling around her.

This book caught me from the very first pages and drew me into the stories of these young women in a turbulent time. Most of what I know of Russia in this era comes from Michael Phillips’ and Judith Pella’s Russian novels, and it was fun to return to Russia with another talented author. I loved how Rosella was able to impersonate both Alice’s Canadian attitudes and Natalya’s Hutsul beliefs; either she still has strong family cultural ties or she has done impeccable research.

As I was reading, I wanted a map. Political boundaries for this part of Europe have changed many times since 1914, and while Rosella wrote a brief introduction to the novel explaining what Natalya’s home was like back then, I still found it hard to picture exactly where she lived. Alice, Tusya and Oleksi also travel around Russia a lot, but again, I had no geographical reference point to ground where they went.

Rosella Leslie is an active member of BC’s writing community having served as a member and director of the Sunshine Coast Festival of the Written Arts. She was a founding member of the Quintessential Writer’s Group and has recorded oral histories for the Sechelt Community Archives. Her writing has appeared in numerous magazines and newspapers. 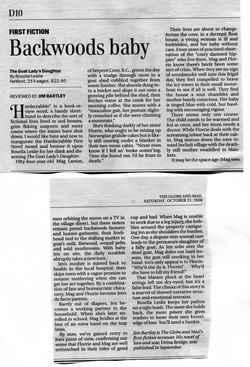 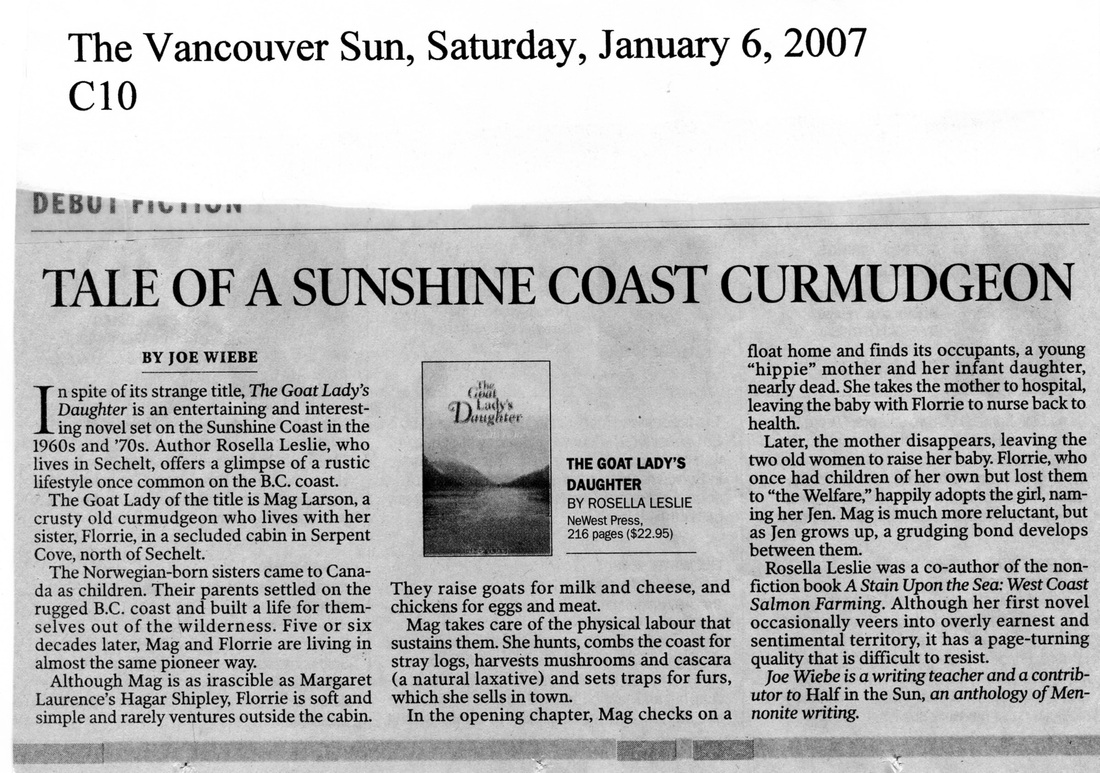 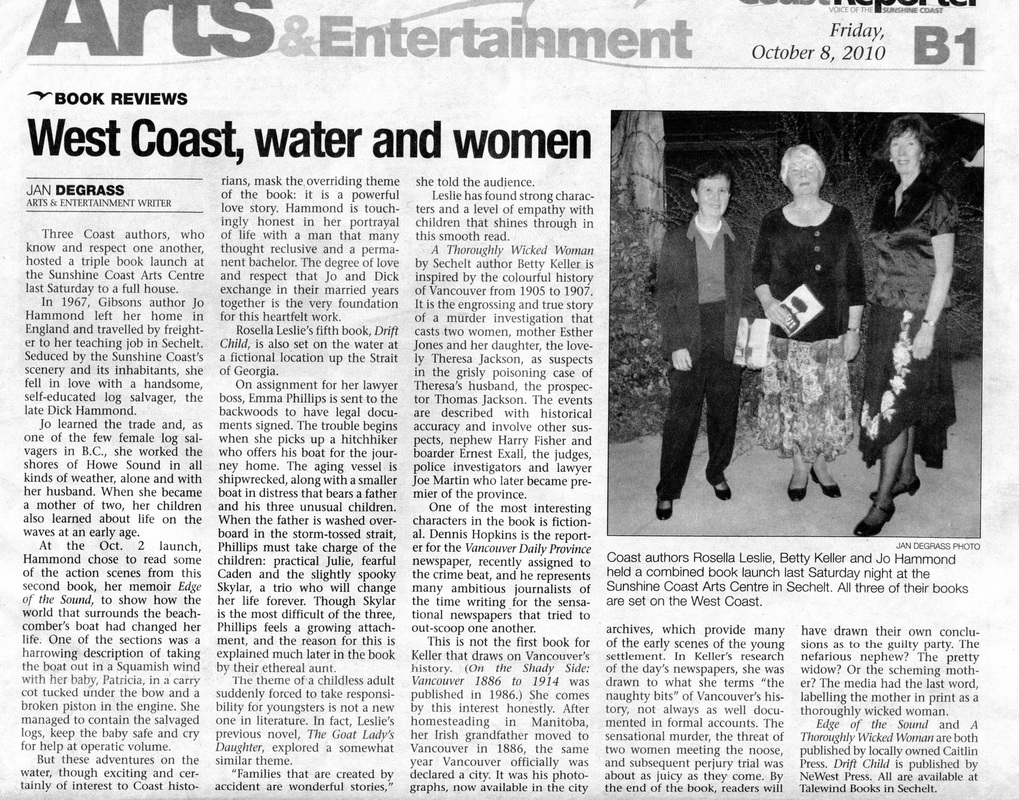