To order books on-line please go to: www.quintessentialwriters.com/leslie.html
You can also contact the publisher or  send me an email at  rmlin14@gmail.com 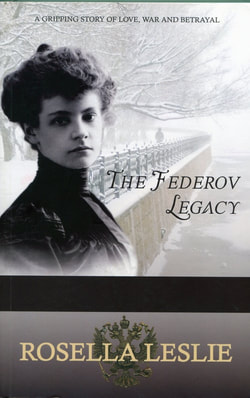 Sergei Galipova, a Russian immigrant and a BC rancher, owes his life to the Countess Catherine Stanislavovna Federov. When the Countess asks Sergei to send his daughter, Alice, to help her set up a private hospital in St. Petersburg, Alice adamantly refuses. But when her father threatens to disown her, she reluctantly agrees to help the Countess for six months.
In a small town in the Carpathian Mountains, eleven-year-old Natalya Tcychowski, the youngest daughter of a Hutsul family, is coping with a crisis of her own. Having run afoul of the local bailiff, her eighteen-year-old brother, Oleksi, is forced to flee from their home village of Zgardy, which is under the control of the Austro-Hungarian Empire. When he arrives in St. Petersburg, Oleksi seeks the help of the Countess Federov, who owes his father a debt of gratitude for saving her life twenty-two years earlier.
The outbreak of war in 1914 puts both Natalya's and Alice's lives on a path they could not have foreseen and cannot avoid. Three years later Alice is still trapped in Russia and her  position as a Canadian in Petrograd is becoming increasingly perilous.  Natalya's family is torn apart by their loyalty to the Tsar and countess. As Russia is sent into upheaval by the revolutions of 1917, both Natalya and Alice fight for their lives in a country that is rapidly unraveling. 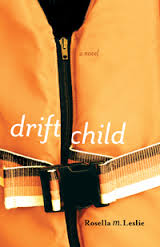 ﻿DRIFTCHILD
NeWest Press, 2010
Emma Phillips is a 35-year-old divorcee with an undemanding job, a rustic old house, and a friend who provides all the benefits she needs. She's comfortable, complacent, and accustomed to getting her own way-until she is shipwrecked during a violent storm in the Queen Charlotte Strait and forced to assume temporary guardianship of three traumatized, newly orphaned children.
From the author of The Goat Lady's Daughter comes this moving new story, set against the rugged backdrop of coastal British Columbia, of a woman determined to manage her own destiny and a child whose own strong nature defies those who would take control of her fate.
Long-listed for the 2011 Alberta Readers' Choice Award. This is an award that's sponsored by the Book Publishers Association of Alberta and the Edmonton Public Library and is designed to spotlight Alberta authors and publishers 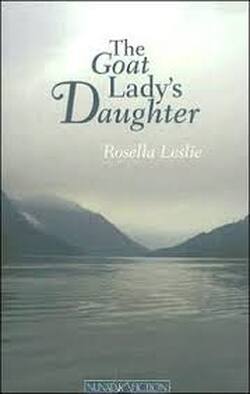 THE GOAT LADY'S DAUGHTER
Two eccentric sisters in their early fifties suddenly find themselves in charge of a baby girl. Mag, the crusty, conniving older sister and the breadwinner of the family, sees the child as a burden, but Florrie, the more motherly of the two, welcomes baby Jen with open arms. As the sisters struggle to make a living from their remote inlet farm, Jen worms her way into their hearts. When the child starts school, she is suddenly faced with juggling her wilderness existence with the social demands of a life in town. This cobbled-together family is drawn closer together as they grapple with the rigours of living off the land and battle an unscrupulous logger and developer named Pete Saari. They are helped by Sylvia Lower, an amateur archaeologist whose ideas on parenting clash with Mag's, and by Billy Thom, who runs a salvage boat called the Squawk Box. Then suddenly the family's bonds are threatened by a tragedy that nearly overwhelms them.