To order books please contact the publisher or  send me an email at  rmlin14@gmail.com 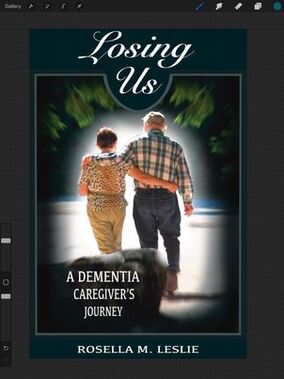 This is a candid, compassionate and sometimes humorous memoir of Author Rosella Leslie’s heartbreaking struggles and triumphs during her twelve years as her husband’s primary caregiver. It is also an informal guide to dementia caregiving, including links to helpful resources for caregivers, their friends, families and communities. The poems that begin and end each chapter capture the frustration and sorrow of her husband’s ever-shifting cognitive abilities and the emotional rollercoaster Leslie rides, rising to heights of acceptance, joy and resolve, then plunging to valleys of guilt, doubt and despair. She urges caregivers to accept dark thoughts and harsh feelings as a natural response to being in an impossible situation, and to keep putting one foot in front of the other as they move toward the faint light of hope that shines at the end of this very dark tunnel. 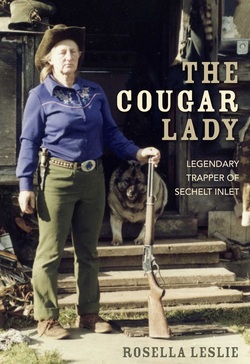 Every town has its celebrities, but Sechelt's own unique and larger than life personality was wholesome enough to satisfy all of North America’s appetite for eccentrics. Asta Bergliot Solberg, or Bergie, as her friends knew her, lived life on her own terms. She climbed wild mountain trails to hunt for goats, demanded car rides from unsuspecting locals, spent a night in the woods wrapped in the skin of a bear she’d shot and thought nothing of rowing twenty-five miles down a dark, windy inlet. With equal ferocity she wrangled cougars, conservation officers and the police, who had the temerity to tackle her for packing a rifle in town.

In this best-selling memoir Bergie’s life story is pieced together through a collection of interviews, local stories, and personal anecdotes. The Cougar Lady: Legendary Trapper of Sechelt Inlet follows Bergie’s life journey, one lived with ferocity and insurmountable fearlessness. Bergilot Solberg is a true icon of the Sunshine Coast, embodying the irreplaceable and unmistakable vibrancy of Sechelt itself. 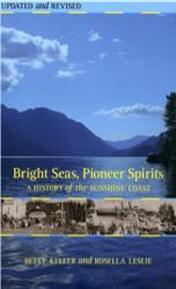 BIGHT SEAS AND PIONEER SPIRITS:
A HISTORY of the THE SUNSHINE COAST
co-authored with Betty Keller.
Touchwood Editions, 2009

This updated and revised edition of the authors' acclaimed history was published in the summer of 2009 by Touchwood Editions. It chronicles significant geological events, the log entries of early explorers and the tragic impact of European intrusion on native culture, as well as detailing the triumphs and failures of the early steamship companies, tugboat captains, fishermen, loggers, miners and farmers.
It was first published by Horsdal & Schubart in the spring of 1996 when it won third prize in the B.C. Historical Writing Competition in a field of 45 entries

​SEA SILVER: INSIDE BRITISH COLUMBIA'S
SALMON FARMING INDUSTRY
co-authored with Betty Keller
Horsdal & Schubart, Spring 1996
This detailed history of salmon farming in British Columbia takes a middle-of-the-road approach to the concerns of both salmon farmers and environmentalists, exploring issues such as disease transference to wild stock, interbreeding of escaped Atlantic salmon with native Pacific salmon, and the costly impact on the industry and environment of establishing too many farms in one area.

Sorry, Out of Print 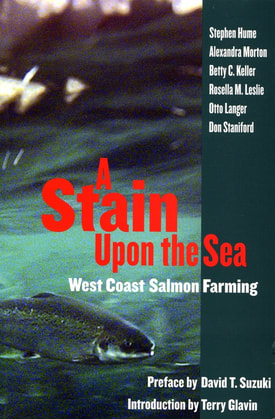 A STAIN UPON THE SEA: WEST COAST SALMON FARMING
co-authored with Stephen Hume, Alexandra Morton, Betty C. Keller, Otto Langer and Don Staniford.  Harbour Publishing, 2004
A Stain Upon the Sea, which contains a condensed and updated version of Sea Silver: Inside British Columbia's Salmon Farming Industry (1996) by Rosella M. Leslie and Betty C. Keller, synthesizes the various threads of danger posed by salmon farming to wild fish, the threat posed by the Atlantic salmon which are being cultivated in west coast fish farms, and the lethal infestations of sea lice originating on salmon farms. Leslie and Keller chronicle the haphazard growth of the industry, the contradictions in DFO and MAFF regulations, the unwillingness of government to investigate or police the industry, and its control by foreign multinational companies.

Winner of the Roderick Haig-Brown Prize given annually for the book which "merits distinction as the work contributing most to an appreciation of British Columbia."
Finalist for the Second Annual George Ryga Award for Social Awareness 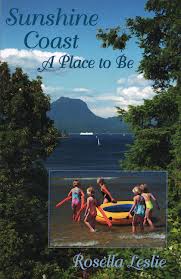 SUNSHINE COAST A PLACE TO BE
Heritage House, August 2000
​
A combination of historical sketches and a contemporary look at the Sunshine Coast, the people who live here, the things there are to do, and where to find food and lodging. Local residents profiled in the book include artists, musicians, crafts people, writers and publishers.